FORT COLLINS -- The second annual Fort Collins Startup Week charged through its first day on Tuesday, with a lively opening ceremony featuring a chamber quartet, beach balls flying through the air and dancing volunteers warming up the audience at the Fort Collins Lincoln Center. 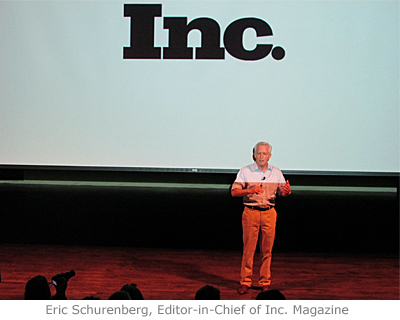 “Startup Week IS Fort Collins,” said Mayor Wade Troxell in his welcoming address during opening ceremonies. “Fort Collins has always been about optimism and opportunity, and this is all about that.

“I think we’re on the cusp of a golden era. Let’s have a great week together.”

David Firth, English author of “How to Make Work Fun,” encouraged entrepreneurs to love their work.

“I believe entrepreneurs and startups are on a hero’s journey,” Firth said. “It’s always going to be your journey to find the courage to go on.”

Stacey Ferreira, a California entrepreneur who at the age of 20 created My Social Cloud -- a web security company -- told the Lincoln Center audience that she found the courage to approach English billionaire Richard Branson and received financial assistance and business guidance.

Branson’s encouragement helped her to sell the business she founded with her 22-year-old brother to Reputation.com in 2013.

Ferreira said Millennials like herself are not the slacker stereotypes they are sometimes portrayed in the media.

“I think our generation has passion and purpose,” she said, encouraging other young entrepreneurs to take a risk and see where it leads them.

“Start somewhere,” she said. “Start today even if you don’t know where the road will take you.”

Eric Schurenberg, editor-in-chief and president of Inc. magazine, also exhorted entrepreneurs to find the courage to be leaders.

“Courage is the key to being a leader and getting covered by Inc.,” he said. “Inc. is the one company that has the sole mission of helping entrepreneurs succeed.”

Schurenberg moderated a discussion by successful Northern Colorado entrepreneurs who revealed their philosophy of giving back to their communities. 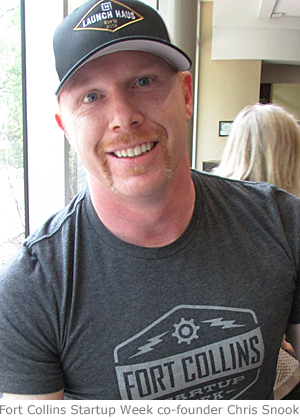 “I think it’s a cultural norm here, and everyone else feels bad if they’re not doing it, too,” said J.B. Holston, CEO of Denver-based Blackstone Entrepreneurs Network.

“There’s no way I got here on my own,” said Curt Richardson, founder of Fort Collins-based OtterBox. “So many other people along my path helped shape who I am and Otterbox and Blue Ocean.

“For me, it’s important to give back – that’s what makes all the difference.”

Chris Snook, a Fort Collins entrepreneur who co-founded the inaugural Fort Collins Startup Week last year with his wife, Brianne, said helping the city become the third in Colorado to have a startup week – joining Boulder and Denver – was a natural step in his mind.

“I think Fort Collins deserves a startup week,” he said. “We have to get better at telling our stories. When we moved here, Stevie Wonder could see how much was going on in this town already.

“We felt it deserved a platform because of the efforts of so many.”

Snook said last year’s Startup Week was a first swing at telling the city’s innovation and entrepreneurial story, and this year’s theme – Innovation Gone Global – continues that story with participants from 10 nations and 25 states joining in.

Snook said he hopes Fort Collins Startup Week – which offers dozens of events that are free and open to the public -- is attended by local entrepreneurs, startup owners, economic developers and business people at every level.

“You’re going to cross pollinate ideas and totally amplify your business,” he said.

“It’s been our privilege to grow it to where it is,” he said. “I think what we’re trying to do is show people this is theirs to influence, contribute to and help grow.”