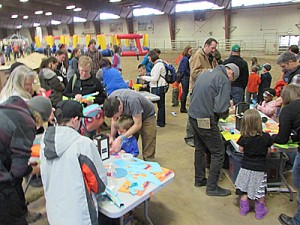 LONGMONT - The parking lot was nearly full on Saturday as thousands of people flocked to the first Boulder Mini Maker Faire held at the Boulder County Fairgrounds in Longmont.

Inside three of the fairgrounds buildings, young and old had a chance to check out robots, drones, 3D printing, a marshmallow cannon, handmade wooden bicycles and design their own cardboard houses.

And that only scratched the surface of what was available.

With more than 70 booths, classes and workshops, the action was nonstop and continued into Sunday for a second day of fun and learning.

The two-day event was organized by Maker Boulder in partnership with MESA Colorado and Make Magazine.

The Boulder Mini Maker Faire was organized by Mary Anne Zacek and Martha Lanaghen, two local moms and entrepreneurs who wanted to create an event that could stimulate interest in science and do-it-yourself pursuits.

"It's been a huge reception for us," said Zacek, taking a quick break from greeting a steady stream of well-wishers and event goers and responding to ongoing questions and minor emergencies. 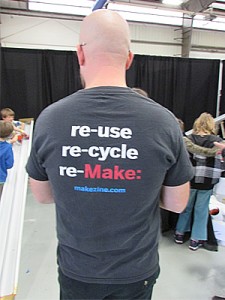 "Everybody's been real happy, just filled with enthusiasm and fun," she said.

Zacek said the idea to host a Mini Maker Faire in Boulder County was born at a small school fair at Mackintosh Academy in Boulder.

"There was so much excitement and it turned into a real education experience," she said. "That's so important to us. We want to get these kinds of things into the classroom."

While not associated with the Denver and NoCo Mini Maker Faires organized by Elizabeth VanDyne, Zacek said she received encouragement from VanDyne and Making Progress, an educational nonprofit organization dedicated to building the maker community, in putting together the Boulder Faire.

"It's really a great community," she said.

Longmont was a fitting location for Colorado's third Mini Maker Faire, with TinkerMill Makerspace having the largest maker space in the state. Other maker spaces have popped up around Colorado since 2013, including Loveland CreatorSpace, attesting to the growing popularity of the maker movement.

The original Maker Faire was held in San Mateo, Calif. in 2006 and has spread across the nation since then. 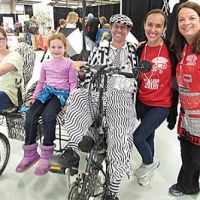 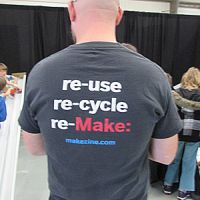 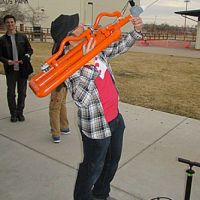 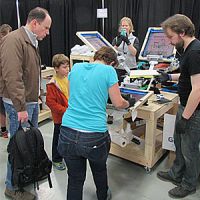 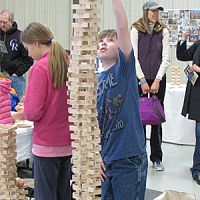 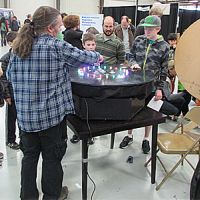 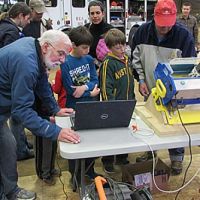 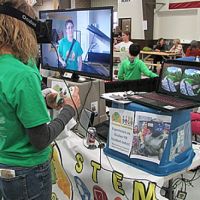 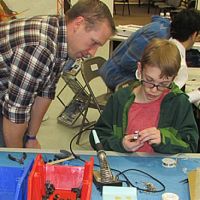 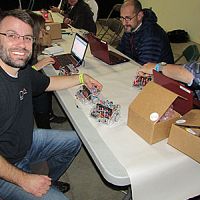 Thank you so much for joining us this weekend Steve. It was an amazing event and a pleasure to meet you.