Denver Startup Week is being held this week in downtown Denver with more than 300 free events scheduled. 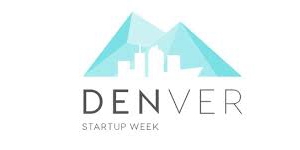 Last year’s event drew about 11,000 attendees, the largest number in the event’s history.

Denver Startup Week is billed as “the largest free entrepreneurial event in North America” and is the state’s second-oldest Startup Week after Boulder, which marked its seventh Startup Week in May.

The Downtown Denver Partnership, a title sponsor of Denver Startup Week, released a report on the state of innovation and entrepreneurship in downtown Denver.

Highlights of the DDP report include:

“The increasing number of tech startups, a growing population of highly qualified employees and significant and continued investment in center city innovation creates an entrepreneurial ecosystem that plays a significant role in an economically vital downtown,” said Tami Door, DDP’s president and CEO.

“The growth of tech startups is strong, both in terms of number of new businesses and job creation,” Door said. “Through programs like Denver Startup Week and The Commons on Champa, we are focused on providing access to free resources and education to further establish downtown Denver as the leading place for businesses to succeed."