FORT COLLINS -- Colorado State University announced alumnus Michael Smith has made a series of donations to the university that will fund new scholarships focused on business, natural resources and chemistry, complete funding for a new natural resources building in the Warner College of Natural Resources, and contribute to the funding of the new on-campus stadium. 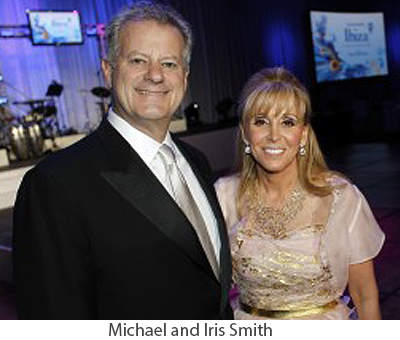 “Michael Smith is a brilliant, visionary business leader who, with this gift, has extended that vision to Colorado State University,” said CSU President Tony Frank.

“We are humbled by his generosity and profoundly inspired by what we believe this will do for our students, alumni, and academic programs.

“The breadth and reach of the generosity from Michael and Iris Smith is truly unparalleled, with the potential for a transformative impact on three of our top academic colleges and our new on-campus stadium currently under construction.”

“I owe much of my success to the education I received at CSU and the combination of strong science and mathematics that enabled me to learn the oil-and-gas business,” said Smith.

“My career has been built around the opportunity this country’s energy business has spawned, and I hope my gifts help CSU to continue providing a premier education to generations of geologists, chemists and business leaders.”

The $13 million gift will include:

“We are grateful for the time and attention Michael Smith already has shared with our students, who are just in awe of his achievements and insight,” said College of Business Dean Beth Walker.

“This gift is another outstanding demonstration of his leadership and commitment to investing in the next generation of business professionals."

Smith’s donation is the final gift needed to secure the $20 million in private and public funding support necessary to break ground.

“Michael Smith’s gift really opens the doors to the future of Warner College,” said Dean John Hayes. “It’s a powerful commitment to both exceptional learning facilities and academic excellence in the geosciences.

“We are deeply appreciative of his thoughtfulness and his strong belief in the importance and potential of our College.”

“This tremendous gift propels us into the future and sets us on solid footing in so many areas at CSU,” said Brett Anderson, VP for University Advancement.

“The massive impact that Michael’s incredible generosity will have on the student experience while they are here and when they become alumni is immeasurable. We want to thank him for believing in and investing in this University – and for his continued commitment to excellence for Colorado State University.”