FORT COLLINS --  CSU Ventures  and CSURF  on Wednesday welcomed visitors to an open house for their new offices at 2537 Research Blvd. just south of the Colorado State University campus. 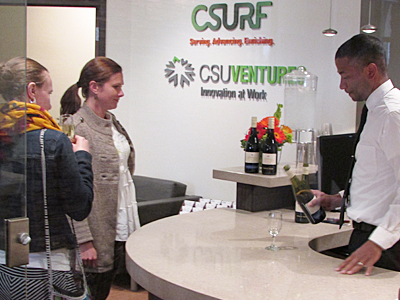 The move to 2537 Research Blvd. came after 20,000 square feet of additional space was added to the CSU-owned building.

“It does give us an opportunity for the entire group to be together,” he said.

Headley noted the new offices are also more easily accessible by the public, with more parking than the Howes Street location.

CSURF is a private, not-for-profit corporation established to assist CSU and CSU-Pueblo, whose functions include patent and licensing management, financing of equipment, real estate and buildings and land acquisition, development and management.