FORT COLLINS --Startup entrepreneurs who think they can raise some fast and easy cash on Kickstarter the most popular crowdfunding platform with little planning and little personal investment... Read More

FORT COLLINS -- CSU Ventures will hold a Demo Day on Feb. 3 during Fort Collins Startup Week , Feb. 1-5. The event is an opportunity for attendees to engage with local startup companies... Read More

FORT COLLINS - Colorado State University researchers were named on 27 issued patents in FY 2013, breaking the annual record, and eight startup companies were formed during the year, another record.... Read More 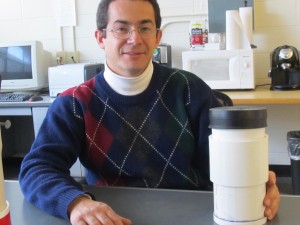