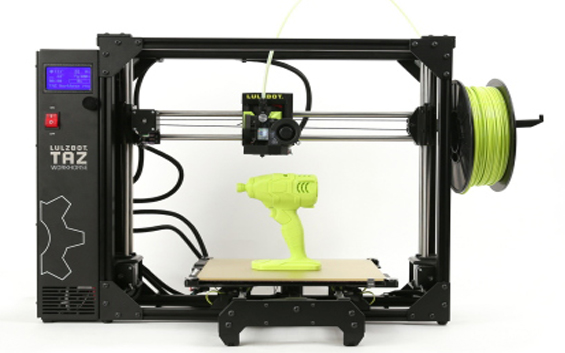 “Tens of thousands of users and industry analysts worldwide nicknamed TAZ the ‘Workhorse.’ Since it earned the name, we decided to own it,” said Eric Beardslee, Aleph Objects product marketing manager.

“People have been using TAZ 3D Printers as tools in the most demanding environments,” said Aleph Objects CTO Steven Abadie.

“With the TAZ Workhorse Edition, we gathered feedback from users in these conditions and added upgrades such as a reinforced frame and sturdier electrical connectors for unparalleled durability, while improving upon the already impressive print quality.”

The LulzBot TAZ Workhorse Edition boasts a 14% bigger build volume than the TAZ 6. Getting faster, better quality prints is easier than ever with a new belt-driven Z-axis and a new, lightweight tool head design.

Printing with a wide range of materials, including high-heat and high-strength composite polymers, is now possible straight out of the box with hardened-steel tool head components.

Aleph said the evolution of the TAZ Workhorse Edition, which was the result of seven iterations over six years, proved one thing over and over: the LulzBot TAZ line of 3D printers has a long-standing reputation for solid reliability.

With millions of production-grade parts produced in-house with hundreds of LulzBot 3D Printers running nonstop for millions of hours, the workhorse notoriety has become an industry-proven deliverable.