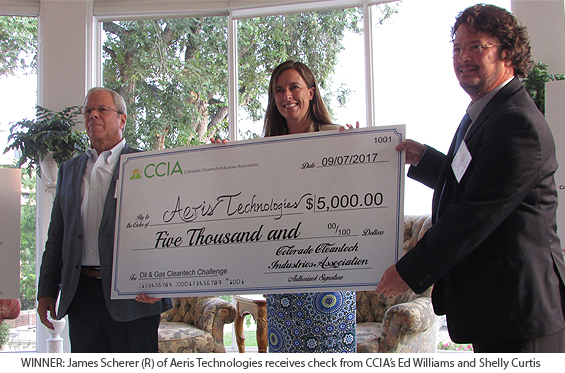 Eleven companies -- some startups and others just entering the commercial market -- offered their business pitches before an audience of oil-and-gas industry representatives, with Aeris taking home the top prize of $5,000.

“The whole thing is as small as a child’s lunchbox,” Scherer said, noting that the system can pinpoint a natural gas leak.

“We can get a leak location within one foot,” he said. “We think it’s the best thing since sliced bread for the sensor market.”

Scherer said existing analyzers cost $50,000 to $60,000 and require a human with a car. He said he expects his company's mobile systems will cost half that and won't require vehicle modification or a dedicated driver.

Judges for the Cleantech Challenge named FlexGen, a Houston-based company with an energy management system for off-grid and grid-edge power generation, the No. 2 presenter, with Hayward, Calif.-based OndaVia, a provider of easy-to-use tools for water and chemical analysis, designated No. 3 following the day-long competition.

Five of the competing companies this year were Canada-based, and the Denver Canadian Consulate was a sponsor of the Challenge for the second year. 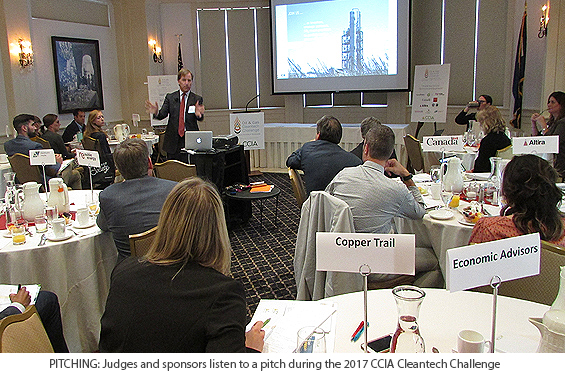 “Our mandate here at the consulate is to support Canadian companies that need to do business in the U.S. or who want to find partners,” he said.

“Clean tech is a huge priority for the Trudeau government. The oil-and-gas industry is a very big part of the Canadian economy, and we’re trying to find clean companies that fit into that.”

Pischella said competing in the Challenge paid off for those companies that took part in 2016.

“All three found technology partners or sold their products and services to companies attending the event,” he said.

“I fully intend to partner with CCIA next year and for many years to come.”

Ed Williams, CCIA board chair, said the industry association has seen positive results in the four years the Challenge has been offered.

“What we’ve seen over the years are the connections that have been made, and many of these (presenting) companies have just flourished.”